The Welsh Government had a critical challenge ahead of them: 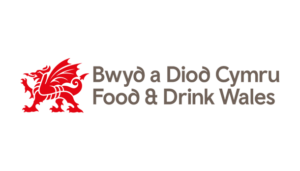 “How can we improve the nutritional composition of food and drink for children whilst driving down the cost?”

Childhood obesity is becoming an ever more prevalent problem in our country. Statistics gathered through the NHS show that the percentage of children who are overweight or obese in Wales is almost 5% higher than that of England with the National Average for Welsh children being 12.4% between 2016/2017. The percentage is greater than the average in many local authorities, including Gwynedd (13%) and the Isle of Anglelsey (14.2%), while the results show that children living in greater economic climates such as Cardiff and Monmouthshire are drastically below the national average at 8% or below.

In 2017 the Welsh Government strove to produce a plan to improve the nutritional composition, by  reducing levels of salt, sugar and saturated fat as well as increasing the levels of vitamins, minerals and fibre provided, in food and drink for children. When the Government or the public sector face challenges in which no viable solution is currently available, it needs a way to engage with new idea and new suppliers. The Small business Research Initiative (SBRI) provides a mechanism to achieve this.  The SBRI is a method which offers opportunities for businesses, especially small or early-stage businesses, to interact with the public sector and offer innovative solutions to the challenges that arise.

For Phase One of the project, Pennotec, working with a consortium of individuals from the BioComposites centre with Bangor University, CyberColloids of Cork, Ireland, and the Food Technology Centre, Llangefni, formulated a plan to produce functional fibre from local bi-product streams to introduce into school catering systems as a fat replacement in meats, sauces and bakery products as part of a balanced diet. By targeting schools, we hoped to increase the variation in the meals that form the main intake for children in the most deprived quintile.  Our ideal was to replace up to 30% of the fat in high calorie foods without losing flavour or quality, to offer children to eat larger, healthy, balanced meals. The final product of the Phase One challenge was a selection of muffins, with and without the fat reduction, which were identical in colour, taste and texture, and which secured out position as one of four bids to move into a Phase Two scale up of the project which would last 12 months.

In Phase Two of the project, starting this year, we aim to work closely with local juice and cider producers to have access to the pomace bi-product of the industry. Using this pomace, we hope to create a clean, holistic method of producing this versatile functional fibre for use in various food foods as a fat or texture sugar replacement. We will attempt to target local companies with ties to school catering in an attempt to form collaborations, to produce meats, sauces, dairy and bakery products which can be available to trial with school children as an addition to their balanced school meals.